About our Books, Stories and Reviews. 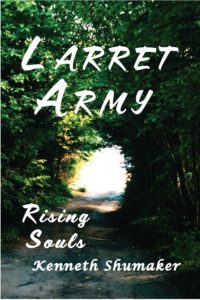 After the death of Larret Hamlet’s Reeve, the mage Tripper turns in the report bonds for Laret fief’s census to Lord Ramson. Then following several harrowing events, the Black Swans form to deal with local threats. Beginning the investigations into Tearmain. With no stone unturned, G, Tripper, Winey, Mi, Jess and Eren turn to seek out Lord Ramson reporting on grizzly incidents discovered around Larret Hamlet. But they receive his suggestion to travel west overland to the river, to reach the royal city of Mount Oryn. On their journey, the Black Swans discover an enemy Tearmain army.

Receiving redemption leads G to become known and praised for her abilities and efforts as a strong leader and reliable person, yet she finds discomfort. In a desperate protracted confrontation with an army, a Black Swan is captured and is sacrificed. Later in dealing with a Tearmain’s, General Isela, who is a leader of one of two enemy armies, lead to a darker being. Leading to the Black Swans have to make choices: remain loyal to the Dominnion of Kannoral, convert to this upstart new god, Tearmain, or switch loyalty to General Selanad – or worse. The conclusion of the one adventure may lead to the next adventure, but they need to survive this one.

Also, you can Join us at our Patreon Page and subscribe as a Patreon to help support our work with other authors:

Or support InUPress Ltd. with a donation by buying us a coffee at Ko-Fi so we can build and offer you more of our work through this link:

“Laret: Darkness of Souls” is a multi-layered novel from Kenneth Shumaker, that is reminiscent of Terry Brooks, the Dragonlance series, Tad Williams, and other such classics in the fantasy genre.

However, it could be wrongly assumed that this is “just another fantasy novel”. It isn’t. Far from it, in fact: it is a deeper than usual, often genre-defying in its approach to story, character, and mood.

The world of Laret is a firm reality. It is where the terrain, magic, and physical properties all have a reason and are substantive. Shumaker does a great balancing act of introducing us as a reader to a familiar/yet different world, while still delivering a fast-paced, ripping yarn.

Shumaker comes from Alberta and you can feel his Canadian command of the elements. 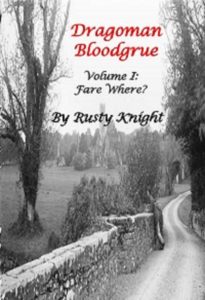 The Dragoman Bloodgrue volumes are collections of episodes of the continuing serial short stories, a type of medieval soap opera style series, with multiple individual plot lines. The stories have multiple recurring characters who wind through the life of the main character, our apprentice dragoman, Bloodgrue.

Bloodgrue is a young sixteen-year-old Jalmal apprentice dragoman, living and working in the North Docks, District 5 wards of the royal city of Mount Oryn.

These dragomen are guides and couriers of the bustling cities residents; taking confused or lost people, items, and messages from place to place for fees. The dragomen are considered to be part of the middle-middle-class of society, as they have an important role keeping people and items moving to where they need to go.

The royal seat, the city of Mount Oryn is the second largest of the only two cities in the kingdom of the Dominnion on Kannoral which is located on one of the five continents, the continent of North Amara, situated on the world of Quantos. Our world of Quantos is in a binary star system with two stars: a yellow star, Stonewire, and a smaller orange/red star, Imvor. The two of which the inhabitants of the world refer to as gods.

Mount Oryn is more of a state then it is a city, being spread out thinly divided into thirteen districts. North Docks is district 5, with fifty-one wards in the northernmost reaches of the city. The district’s northernmost dock wards are situated on the south bank of a large river that runs westward through the centre of the kingdom.

Our sixteen-year-old apprentice is trying to eke out a life here, with an unreasonable Master Dragoman overseeing him.

The five published volumes containing the collections of the first twenty-two episodes of Dragoman Bloodgrue series cover a season or two of Bloodgrue’s gruelling life. And he’s just starting out on his journey.

This is as great collection of fantasy and science fiction and everything else that is a bit off the beaten path, something outside of the confines of traditional publishing. Trust me, you won’t regret taking the plunge and entering into the adventures that’s all things InUPress! There’s the right kind of madness in every tale and essay and edition.’

“Review – Kenneth Shumaker of Inevitable Unicorn Press also known as InUPress, has created a wonderful web page for me and it was exactly what I asked for. Working with Kenneth has been a pleasure from beginning to end and I would recommend him and his work to anyone who wants a page built. Thanks for the great work Kenneth!”

By Diane Wigginton from Harrold, California

Links to our friends and sponsors of InUPress and those of our authors:

Our blog site hosts who we contribute posts to include:

Join Kenneth and read on:

Join Rusty Knight and read on:

Join us and read  or view creative work on Virily while using this link to sign up:

One of our favourite web hosts is:

Click the above link if you need a website host or domain name register, they’re our Canadian choice.

We love learning and have two sources we enjoy using and learn tonnes of skills from:

The one where they gave us a link where you’ll receive a special bonus if you sign us for a premium trial membership using the link is Skillshare with over 20,000 courses on a wide variety of skills, including productivity, motivation, office suites, Windows, Apple and Microsft products use as well as writing and publishing, and so much more.

Use this link: SKILLSHARE

Our second love for teachers is LinkedIn Lynda Learning Centre from the awesome LinkedIn resource, with a huge library of technical courses linked to Lynda Learning. With the bonus of being able to connect to the vast network of connections out there of creative and business people on LinkedIn.

Here is my resource link to LinkedIn then follow it to Lynda Learning and sign up to learn new skills or improve old ones: LinkedIn

Our physical printers of choices are:

Join one of our authors, Eric J Kregel on his writing journey in his blogs: 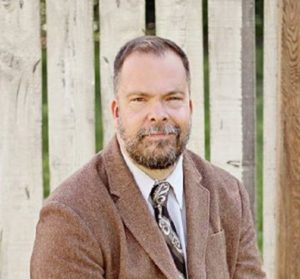 And one who I consider my ghost mentor, the man who motivated me to start:

Friends of ours include: 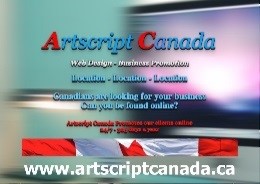 Artscript Publications publishes and promotes the writing of Douglas Greenfield. An author of two books, an autobiography and a historical fiction. Both worth a read.

“I was delighted to discover that I enjoyed Eric Kregel’s steampunk novel, set in an alternate reality in the northern woods of Alberta in 1895, more than befits a grandmother.
Exhaust from the Tin Woods is written for a young adult audience and deals with seven teenaged “prattlers” (steam scientists) who bond together although they come from different walks of life.  Using their ability to invent ingenious machines, they hasten to overcome sinister events percolating from an unknown source in the surrounding wilderness. Fantastical creatures and machines, an isolated landscape, young love, and late nineteenth-century Victorian ideals pepper the chapters with suspense, humour, charm, and of course, a battle of good versus evil.”

Review of “Exhaust from the Tin Woods”

“‘Exhaust from the Tin Woods’ is an imaginative romp into a world creatively assembled out of what feels like spare historical, geographical and literary parts. Kregel’s steampunk tale centres around Brambley Williams, an orphan that joins a cadre of other young students under the tutelage of an industrial and scientific mastermind, Dr Pieter Van Allbrung, in a hidden steam-powered mansion deep in the Canadian wilderness. This Dickens-esque ensemble story is filled with eccentric characters, quirky scenarios and quick, witty dialogue. Amidst the unique assembly of extravagance and fantasy, Exhaust is held in balance by surprisingly rich commentaries on matters of humanity, heart and faith which are skillfully woven throughout the fast-moving story. All-in-all, this novel is sure to provide a pleasant ride to all who climb aboard and hang on!”

“Exhaust from the Tin Woods is a quirky, compelling read. Eric Kregel brilliantly suspends reality, leaving the reader wondering who really wrote it and why? It left me oddly off balance and insatiably curious as to the rest of this truncated story set in an almost familiar world. It was like reading a fragment of an ancient scroll that leaves one hanging on a roller coaster that almost made it to the top, the mad race down the rickety track teasingly out of reach. It is a frustratingly well-played ploy to leave the reader craving for more of the tale. This is however, more than just a simple story, there is an intriguing social commentary underlying Eric Kregel’s steampunk world. Sorry, no spoilers. Even if steampunk isn’t your go-to genre – it isn’t mine – read it.”

5.0 out of 5 starsGreat New Book by a New Author

“Eric Kregel has succeeded in writing a riveting book that combines historical fiction with science fiction. The characters are well developed. The story is set in a rural part of Canada in the late 1800’s near a small town that is expected to become a major city. The story centres on a big house in the woods which houses an inventor and his school of inventors, working on projects that are futuristic even for the 21st century. The principal characters have come to study under the inventor, most of them orphans from Europe. They are all fascinated by inventions made out of steam. The school itself if fascinating; however, it is soon discovered that the woods around the school are not a safe place and the inhabitants will have to defend themselves from the lurking evil of another inventor. I enjoyed the book and the development of the main character, who comes as a student and struggles with the contemporary religion in Europe compared to the world he has come to be a part of. The book has a good combination of philosophy, history, mystery, romance, morality and religious thought. One recommendation I have is to read the definitions of vocabulary before reading the book; I did not and some of the vocabulary was much clearer to me after reading the definitions. I am looking forward to reading more titles by Eric.”