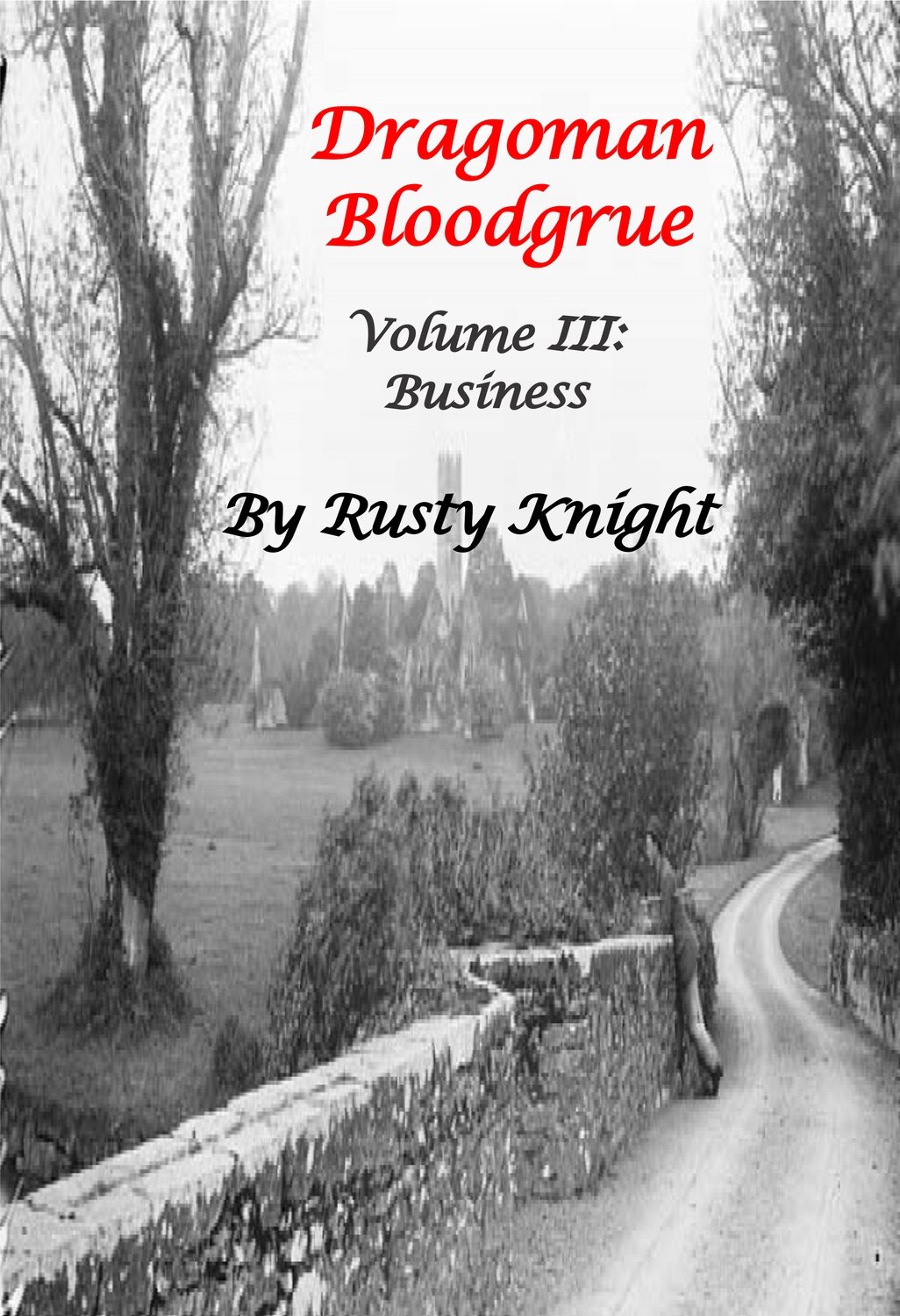 In this volume we follow Bloodgrue on his business dealings, with harrowing experiences as he gets into trouble physically and socially.

While Bloodgrue is in Teptun Square, he is negotiating with a possible client when a sight stuns Bloodgrue, distracting him. After getting a job with a mage, Bloodgrue takes the client on a three-day journey.

In another ward, after an escort job, Bloodgrue takes a new type of job. Bloodgrue works a contract dispute. Following that, he travels to the mercenary ward several days away, where he finds a lost sailor in need.

Returning to his own home at 4212 Willow Road after many days away, Bloodgrue finds a summons into Western Madison and his new job there as a judge. There he tries two cases with his partner Noah, the peasant-hero.

These and more are the adventures of our apprentice dragoman, Bloodgrue of 4212 Willow road, North Docks District 5, Mount Oryn.